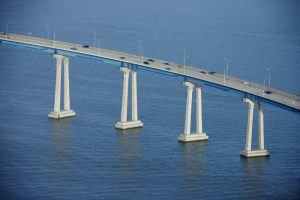 The Project Anti-Corruption System (PACS) is a management system designed by GIACC to assist in the prevention and detection of corruption on infrastructure projects.  It comprises 15 PACS Standards which impact on all project phases, on all project participants, and throughout the project contractual structure.  Each PACS Standard deals with a separate category of anti-corruption measures.  The measures in the 15 PACS Standards are designed to work together so as to result in an integrated and effective project anti-corruption system.  These measures have been designed and written in a manner which enables their independent verification.

Each PACS Standard is contained on a separate webpage, is accompanied by supporting Guidance, and contains a link to the other Standards at the foot of each webpage.

An overview of, and link to, each PACS Standard is set out below.

What is meant by “corruption” in the PACS Standards?

In the PACS Standards, “corruption” is used in its widest sense to include bribery, extortion, fraud, cartels, abuse of power, embezzlement, and money laundering.  Limiting “corruption” only to bribery would be a mistake as it would miss other damaging criminal practices which can commonly occur on infrastructure projects.

Why is a project anti-corruption system necessary?

Corruption on infrastructure projects is a complex issue:

There is no single or simple method by which to prevent such corruption.  These widespread and varied corruption risks can only be effectively dealt with by the implementation of anti-corruption measures throughout the project cycle.

Is PACS a public sector or private sector system?

PACS is designed and recommended for use on public sector projects (i.e. those which are wholly or partly owned, financed or guaranteed by a government or a tax-payer funded body).  However, PACS can also be used on wholly private sector projects.

What size of project is PACS designed for?

PACS is designed to be used on large infrastructure projects.  The cost threshold for “large” can be selected  by the relevant government or project owner.  GIACC suggests, as an indicative figure, that PACS could be implemented in full on all projects with an estimated cost of more than the equivalent of US$5 million.

On smaller projects, it may be more appropriate to implement only some of the PACS Standards, or simplified versions of them.

Who can require PACS to be implemented on projects?

How to use PACS

A government, or a public or private sector project owner, may use PACS as follows:

Who should be responsible for implementing PACS on a project?

Users of PACS should adapt the recommended PACS measures to their local requirements, taking into account their local laws and procedures.

PACS is not a guarantee against corruption.  However, the use of PACS will:

Therefore, the use of PACS will help:

Can the effective implementation of PACS be independently verified?

Independent verification that the PACS Standards are being effectively implemented on a project is built into PACS due to the independent monitoring and audit requirements contained in PACS Standards 11 and 12.

If a further level of verification is required, then compliance with the PACS Standards can in addition be independently certified by a reputable third party certifier.  The PACS Standards have been written in a manner which facilitates their certification as the certifier can verify that each provision of each PACS Standard is being properly implemented.  Certification that the Project Owner has effective procedures in place in relation to the project which meet the PAC Standards can be undertaken prior to project commencement.  This will give some comfort to potential project participants (such as funders, contractors, consultants and suppliers) that the project will be managed with integrity.  The certification can then be renewed annually as the project progresses.

Overview of the PACS Standards

PS: Definitions:  This page contains the defined terms used in PACS Standards 1 to 15

PS 3:  Procurement:  The criteria and procedures for the procurement of Project Contracts should be clear and objective, should ensure that there is no conflict of interest or favour to particular Suppliers, and should be determined and published in advance of the procurement process.  All Project Contracts over a value threshold should be procured by the Project Owner using a competitive process which is open to all appropriately qualified Suppliers and which is designed to maximise competition.  All Project Contracts under this value threshold should be procured by the Project Owner either using an open competitive process or a process under which at least three appropriately qualified Suppliers compete for the contract.  Bidders should declare their beneficial ownership.  Evaluation of submissions should be carried out honestly and impartially.  The terms and conditions of the contracts awarded upon completion of the procurement exercise should be at arm’s length.

PS 5:  Contract management:  The management of Project Contracts should be carried out in compliance with anti-corruption laws, regulations and procedures.  The Project Owner’s contract managers should operate without any conflict of interest or corruption, and should ensure: that the works, equipment, materials, products, services, and finance under the Project Contract are being undertaken or provided in accordance with the contractual design, specification and requirements, and free from any conflict of interest or corruption; that any modifications to or under Project Contracts are made only where they are necessary and appropriately approved and controlled; and that they do not approve contract performance or claims, or recommend payments, unless they have taken all reasonable steps to verify, and reasonably believe, that such approvals or recommendations are justified.

PS 7:  Controls for Major Suppliers and Major Sub-suppliers:  Major Suppliers and Major Sub-suppliers should implement a recognised anti-corruption management system within their respective organisations for the duration of the Project, and should obtain annual certification of the effective implementation of such system from a reputable third-party certifier.  They should appoint a compliance manager with responsibility for ensuring that they are properly implementing the anti-corruption management system and that their anti-corruption obligations in relation to the Project are complied with.

PS 11:  Independent monitoring:  An appropriately qualified and experienced independent monitor should be appointed for the duration of the Project to monitor whether there is any suspicion of corruption or breach of procedures in relation to Project selection, design, land acquisition, procurement, contract management and financial management.  Where the monitor identifies reasonable grounds to suspect corruption, the monitor should report such suspicions to the Project Owner and to the law enforcement body.

PS 12:  Independent auditing:  Financial audits should be carried out which verify that all payments by and to the Project Owner in respect of the Project were properly made to or received from legitimate persons and for legitimate purposes.  Technical audits should be carried out which verify that the Project has been designed and specified in accordance with good technical practice, provides good value for money, and has been properly completed in accordance with the design and specification.  Where the auditor identifies reasonable grounds to suspect corruption, the auditor should report such suspicions to the Project Owner and to the law enforcement body.

PS 14:  Enforcement:  The Project Owner, Suppliers and Sub-suppliers should enforce contractual and employment remedies against any parties or personnel who are involved in corruption in relation to the Project or who are in breach of the Project Code of Conduct or of their anti-corruption commitments.  If there are reasonable grounds to suspect corruption, the matter should be referred to the law enforcement body.

PS 15:  Transparency:  The Project Owner should promptly publish on a freely accessible public website complete, comprehensive, up-to-date and intelligible information in relation to the Project.  This should include information in relation to Project selection, design, land acquisition, procurement, contract management, financial management, monitoring and auditing.  The Project Owner should be obliged to provide, within a reasonable period, any further information or documents reasonably requested by any person regarding any matter relating to the Project.

Conditions of use of PACS

GIACC has published PACS as a free-issue product as a public service.  It can be downloaded, adapted and used by anyone free of charge.  No-one is permitted to charge a fee for the use of PACS or to pass PACS off as its own product.

Feed-back and improvements to PACS

GIACC welcomes suggestions on how PACS can be improved.  GIACC also welcomes feedback on whether you have found PACS useful or have implemented PACS in whole or in part on your projects.  If you have any suggestions or feedback, please Contact GIACC.

PACS was the first certifiable project anti-corruption system to be published internationally.

The First Edition of PACS was published by GIACC in May 2008.  Minor modifications were subsequently made from time to time.

The Second Edition of PACS was published by GIACC in November 2021.  The Second Edition is a significant revision to the First Edition.  It is built on many years of GIACC experience in developing and assessing government, organisational and project anti-corruption measures, and also takes account of the publication of major international certifiable anti-corruption programmes, such as ISO 37001 (2016) and the Commonwealth Anti-Corruption Benchmarks (2021).

As PACS is a website based publication, it is updated by GIACC periodically online.  The date of any page update is contained at the foot of each page.

Links to the PACS Standards: