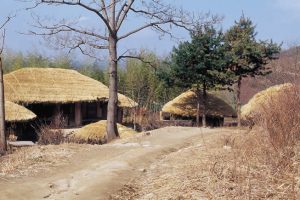 Several organisations have published indices or surveys which provide information about the extent of corruption in a country or sector. The following are some of those indices and surveys which impact on the infrastructure sector. These indices and surveys are listed in alphabetical order by the name of the publishing organisation. Click on the publication title to go to the relevant web-site.

If the following details are inaccurate or incomplete, or if there is a recognised and useful index or survey which is not listed below, please send details to GIACC

The UK Chartered Institute of Building published two surveys (2006 and 2013) of corruption in the UK construction industry. The surveys show a material level of corruption. They also show a significant difference in perception between participants in the industry as to what practices are actually corrupt. The survey asked construction professionals what type of corrupt practice was most commonly found, and examined attitudes of how corrupt they deemed a variety of practices to be.

The Tax Justice Network has published the Financial Secrecy Index which ranks jurisdictions according to their secrecy and the scale of their offshore financial activities.  It is a tool for understanding global financial secrecy, tax havens or secrecy jurisdictions, and illicit financial flows or capital flight.

TI has published the following indices which attempt to measure the prevalence of corruption internationally.

The World Justice Project Rule of Law Index® measures how the rule of law is experienced and perceived by the general public in 126 countries and jurisdictions worldwide based on more than 120,000 household and 3,800 expert surveys.  The Index measures countries’ rule of law performance across eight factors: Constraints on Government Powers, Absence of Corruption, Open Government, Fundamental Rights, Order and Security, Regulatory Enforcement, Civil Justice, and Criminal Justice.