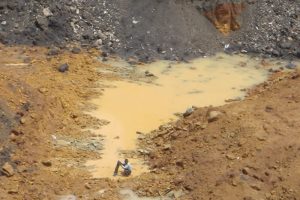 Dealing with Corruption - Actions by the Public

This web-page suggests actions which a member of the public could take if she/he suspects that there is corrupt activity in relation to a project, and that this corruption could have some adverse impact on a matter of public concern such as public health, safety, the environment, historic buildings, the landscape, breach of building regulations or planning restrictions, or inflated project cost for which the public will ultimately pay.

Actions by the public

The actions suggested below should be considered in the context of the following advice:

In all cases, any report or statement made should be strictly accurate.  This will help to prevent liability for defamation (see below) and to retain credibility.  Any form of exaggeration or sensationalism will usually undermine the credibility of both the person reporting the suspected corruption and the suspicions themselves.

In making reports of suspected corruption, there is a risk that the person or organisation who is suspected of corruption will bring a legal action for defamation against the person(s) making the corruption allegations or reports.  This legal action may be brought both in the home country of the individual making the allegations and also in the home country of the person against whom the allegations are made.  The law relating to defamation will vary from country to country.  The definition of defamation may differ.  Some countries may penalise both verbal defamation (slander) and written defamation (libel).  In some countries, the amount of financial damages payable for defamation may be much higher than in other countries.  Also, the defence to defamation may differ.  In view of this, there is no standard way to protect against legal action for defamation and, in each case, legal advice may need to be taken to establish how a report can be safely made.  However, if a report is to be made, it is advisable always to report only what is accurate and not to report anything that is based purely on hearsay or rumour.

(3) Avoid putting any person in danger

Anyone reporting suspicions of corruption, and anyone who is able to provide evidence in relation to corruption, is at risk of intimidation or physical harm.  In some cases, it may be safest to make anonymous reports and not to disclose sources of information until the suspicions are sufficiently widely known that no one person may be the target of threats etc.

Corruption will only be proved and properly addressed if there is evidence to support suspicions.  Consequently, collecting and preserving evidence, before there is any opportunity to destroy or tamper with it, is vitally important.

This may be best done by press coverage and through the internet.  Publicity will serve a number of purposes:  it will spread the knowledge of the suspicions and so make it less likely that one or a few persons will be intimidated or harmed;  it will help to gain popular and political support to have the corruption investigated;  this may in turn put pressure on the authorities to take action; persons and companies who are concerned about their reputation will want to disassociate themselves from the suspicions and this may help to address the alleged corruption.  However, as stated in paragraph 1 above, it is important to ensure that any information publicised is accurate and publicised in a measured and rational manner.  Otherwise there is a risk of liability for defamation and that the reports will lose credibility.

Some projects may have specifically appointed a person to monitor the project for corruption or other failures.  These monitors should have an obligation to follow up any report of corruption.

(9) Report the suspected corruption to the local criminal authorities

Bribery and fraud are criminal offences.  Consequently, any suspicion of these activities should preferably be reported to the criminal authorities.  If a report has been made to other criminal authorities (see paragraph 10 below), then inform the local authorities of this.  Caution:  Once this type of report is made, those who have made the report should be aware that they may be expected to provide statements and supporting evidence for their reports.

(10) Report the suspected corruption to other criminal authorities

MDBs usually dispense public funds and therefore have an express or implied obligation to ensure that these funds are not used for corrupt purposes.  They will, therefore, have both an interest in investigating and an obligation to investigate suspicions of corruption.  If, therefore, an MDB is involved in the particular project, a report should be made to the MDB.  This report should be made both to the local office and to the head office.  If, however, it is suspected that the local office is involved in the suspected corruption, then a report should be made to the head office only.  The fact that this report has been made could also be made public.

Commercial funders will have an interest in ensuring that their funds are not used for corrupt purposes.  This will be so as to preserve their reputation, to protect their investment which will be at risk in a corrupt project, and also to protect them against any involvement in criminal liability.  The risks may need to be pointed out to the investor.  For example, a project which has gone ahead because of a corrupt building approval is at risk of being stopped and the building demolished.  Or, a project which is causing damage to other buildings or the environment may result in the borrower being liable to pay large sums in damages.  All such factors endanger the investment of a commercial funder.  In addition, if a commercial funder is knowingly funding a corrupt project or is turning a blind eye to the risk of corruption, then the commercial funder and its officers are at risk of incurring criminal liability.

(13) If the project is funded partially or wholly by EU funds, report the suspected corruption to OLAF, the European Anti-Fraud Office

OLAF may investigate the allegations, co-operate with local anti-corruption agencies, and report their findings to the local judicial authorities.

Local NGOs sometimes have knowledge of the procedures that need to be followed in order to pursue a corruption allegation in a particular country.  They may also assist in bringing legal action and may be able to call on resources and support from related organisations.

Where there is some urgent necessity to stop the construction work (for example, because it may be structurally unsound or may be causing irreparable damage to another building or to the landscape), then an interested party may be able to apply to the courts for an injunction that the construction work be stopped temporarily pending investigation of suspected corruption.