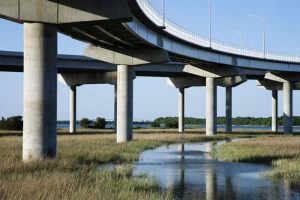 Investigating and Dealing with Corruption:
Actions by Organisations

This section provides guidance on how an organisation may investigate and deal with any corruption, or any breach of its anti-corruption policy or programme, which is reported, detected or reasonably suspected (Measure 19 of the Anti-Corruption Programme for Organisations).

As explained in What is Corruption, GIACC uses the term “corruption” in the wider sense to include bribery, extortion, fraud, cartels, abuse of power, embezzlement, and money laundering.  Consequently, the guidance in this section applies to all such criminal activity.

How an organisation investigates and deals with a particular issue will depend on the circumstances. Every situation is different, and the organisation’s response should be reasonable and proportionate to the circumstances.  A report of a major issue of suspected corruption would require a far more urgent, significant and detailed action than a minor breach of anti-corruption controls. The suggestions below are for guidance only and should not be taken as comprehensive or prescriptive.  Common sense and discretion need to be used on every occasion.  Legal advice may need to be taken.

These actions are only those actions which the organisation might take. Any actions which may require action or decision by an individual employee who personally encounters corruption in her/his employment, or in a project in which she/he is involved are set out in Dealing with Corruption: Actions by Individuals

The organisation may need to deal with potential or actual corruption in many different situations.  These may include, for example:

The organisation may discover that there has been a breach of its anti-corruption programme. For example:

(2) Actions by the organisation

The organisation could take some or all of the following actions in relation to any corruption, or any breach of its anti-corruption policy or programme, which is reported, detected or reasonably suspected.

The organisation’s procedures should determine who has responsibility for deciding how any reported or identified issue is investigated and dealt with.  For example:

The board or the compliance manager (as appropriate under 2.2) should then assess the known facts and potential severity of the issue.  If they do not already have sufficient facts on which to make a decision, they should implement an investigation.

The board may need to take active steps to require the full co-operation of personnel in the investigation.

The results of the investigation should as soon as possible be reported to the board or the compliance manager as appropriate.

(2.7) Consideration of all relevant factors

In undertaking the investigation and any follow up action, the organisation needs to consider all relevant factors, including those listed below.

In determining how to deal with a corrupt situation, an organisation should keep in mind that there are risks inherent in taking action in response to corruption. All steps listed in this section should be considered in the light of the possible risks. These risks include:

If an employee is at personal risk as a result of reporting corruption or being involved in a corrupt situation, the organisation should take reasonable steps to protect the individual. This could include making an appropriate payment to avoid the individual being harmed, removing the individual from the dangerous situation, and/or requesting police protection.

Because of the sensitive and possibly dangerous or defamatory nature of corruption issues, the organisation should, except to the extent required by law and/or necessary for any investigative or remedial actions it takes, keep the circumstances and parties involved confidential.

The organisation should, as far is permitted by law, ensure that personnel who have reported corruption are protected (unless they were personally involved in the corruption) by:

If necessary or appropriate, the organisation should obtain legal advice as to its position under local law and under the law of its home country.  Depending on the circumstances, this could include, for example:

(2.14) Seeking a remedy for corruption

If the organisation has been or may be a victim of corruption (for example, where it may lose or has lost a tender because of bribery by a competitor, or where it has paid out money on the basis of a fraudulent claim), the organisation should consider:

Personnel who have engaged in corrupt activity during the course of their employment should be appropriately dealt with by the organisation. Disciplinary action would range from a warning for a minor offence to dismissal for a serious offence.

(2.16) Reporting corruption to the authorities

The organisation should decide whether to report the matter to the authorities. This decision will be affected by the following situations:

If corruption has occurred, the organisation should take appropriate action to avoid or deal with any possible consequent legal offences (e.g. false accounting which may occur where a bribe is falsely described in the accounts, or a tax offence where a bribe is wrongly deducted from income, or money-laundering where the proceeds of a crime are dealt with).

The organisation should maintain appropriate records of the issue, of its handling of the issue, and of the outcome.  These records should be maintained for the appropriate period required by law.  In some cases this may require permanent maintenance of records, as in many jurisdictions, there is no limitation period for criminal prosecutions.