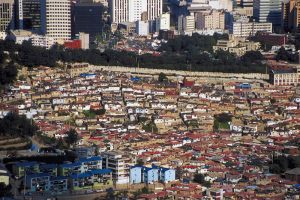 This section examines the different types of corruption which can occur in the infrastructure sector.

There is no international legal definition of corruption.

In its narrowest sense, corruption is interpreted as referring to bribery only.

In its wider sense, corruption includes bribery, extortion, fraud, cartels, abuse of power, embezzlement, and money laundering. These activities will normally constitute criminal offences in most jurisdictions although the precise definition of the offence may differ.

The wider definition is preferable as these corrupt acts:

In this website, and in GIACC’s work generally, corruption is interpreted in the wider sense.

The following paragraphs explain these offences in more detail, and give examples.

Bribery is a criminal offence in most jurisdictions.

Nature of a bribe. A bribe may be a cash payment, or it may be a non-cash benefit (such as a watch, a holiday, employment, or the promise of a future contract).

The dishonest or improper action may be by way of act or omission by a person in relation to that person’s duties or employer’s business. For example, a government officer managing a procurement activity on behalf of a government department has a duty to act objectively and to award the contract to the best evaluated bidder, but may, if offered a bribe, improperly award a contract to the bribing bidder.

Institutional bribery refers to a situation where a bribe may be paid or received with the full approval of the organisation which is the employer of the individual paying or receiving the bribe. This may occur, for example, where an organisation authorises its commercial director to pay a bribe to win a contract.

Personal bribery refers to a situation where a bribe may be paid or received by a representative of an organisation without the approval of that organisation. This may occur, for example, where a government officer receives a bribe to award a contract, where the government department in question would not approve the bribe.

Supply-side bribery refers to those persons or organisations who are responsible for offering or paying bribes.

Demand-side bribery refers to those persons or organisations who are responsible for demanding or receiving bribes.

Gifts, hospitality, donations and other benefits can amount to bribery if they are given or received with the intention that they will induce someone to act dishonestly or improperly.  See Gifts and Hospitality.

A “facilitation payment” is the term often used in relation to payments made to officials so as to obtain or expedite services to which the payer is entitled (for example, the obtaining of contract payments which are due, import or work permits, or installation of telephone lines). The amounts which are paid are often quite small, yet the consequences of not paying can be serious.  For example, a contractor may not receive a large contract payment due, or a delay in issuing an import permit could delay a project, which could increase the contractor’s costs and cause the contractor to have to pay liquidated damages to the project owner for delay.  In practice, the following distinction is sometimes made between bribes and facilitation payments. A bribe is regarded as being a payment made to someone to act in a way in which she/he should not act (for example, by improperly awarding a contract to the bribing party, or improperly releasing a party from a legal obligation) whereas a facilitation payment is regarded as being a payment (other than the fee required by law) made to a person to do something which she/he should already be doing (for example, issuing a visa or customs clearance that is properly due).  However, although there may be this distinction, most countries treat the payment and receipt of facilitation payments as a form of bribery.  See Facilitation Payments.

Examples of bribery. Bribery in relation to an infrastructure project can occur in numerous ways. For example:

For examples of how bribery may occur in the different phases of the project cycle, see How Corruption Occurs.   For detailed examples of bribery, see Corruption Examples.

Extortion is a criminal offence in most jurisdictions. It occurs where one person makes threats against another person of adverse consequences unless demands, usually for payment, are met by the other person. The extortion may constitute, for example, refusal to provide customs clearance for equipment or materials, or refusal to make payments or issue certificates that are due. Sometimes the threats may involve threats of physical harm. If the person who is the victim of the extortion provides the payment or other benefit, it will normally become liable for the offence of bribery. However, the person making the extorted payment may have a defence to bribery if the threat was of imminent death or personal injury.  The concepts of extortion and facilitation payments can overlap, and the terms are sometimes used to describe the same occurrence.  For examples of how extortion may occur in the different phases of the project cycle, see How Corruption Occurs.  For detailed examples of extortion, see Corruption Examples.

Fraud is a criminal offence in most jurisdictions. It is sometimes referred to as “deception”. Fraud usually involves a person(s) deceiving another person(s) in order to gain some financial or other advantage. In the context of an infrastructure project, fraud offences may include:

Persons may be liable for the offence of fraud where they deliberately undertake the fraudulent action with full knowledge of the circumstances. Alternatively, it is possible for a person to be liable for fraud if she/he was reckless as to the circumstances. For example, a person may be liable for fraud if she/he submits a claim for additional payment which she/he suspects may be inflated but fails to take reasonable steps to determine that the claim is accurate.  For examples of how fraud may occur in the different phases of the project cycle, see How Corruption Occurs.  For detailed examples of fraud, see Corruption Examples.

Cartel activity is a criminal offence in most jurisdictions. It occurs where two or more organisations unlawfully collude in relation to the bidding for contracts or the pricing of equipment, services or materials. These offences are sometimes known as collusion, competition or trust offences.  The underlying principle of these offences is that organisations must be prevented from secretly colluding to raise prices to a higher level than would be the market price if there was genuine open competition. A collaboration between organisations which is lawful and disclosed to the customer (e.g. a joint venture) would not normally be a breach of cartel laws. In the context of an infrastructure project, cartels may include:

For detailed examples of cartel activity, see How Corruption Occurs and Corruption Examples.

Abuse of power is a criminal offence in many jurisdictions. It occurs where a person in public office deliberately or recklessly acts in a way that is contrary to her/his duty and is in breach of her/his position of public trust. In the context of an infrastructure project, abuse of power may include a public official:

The above abuses by the government official may either be as a result of a deliberate corrupt decision, or because the conflict of interest affects her/his impartial judgment.

Embezzlement is the term often used to describe the wrongful appropriation of funds which you have a duty to safeguard.  For example, a public official who diverts public funds to her/his private bank account, or an accounts clerk who sets up phantom employees on the company’s payroll and pays these employees’ salaries into her/his own bank account.  It is a type of theft which normally involves an element of fraud, and should be distinguished from the type of theft which involves e.g. breaking into a person’s house and stealing some contents.

The relationship between the above offences

In many cases, the above offences overlap, and a corrupt transaction may result in the commission of several offences.

Bribery normally involves a degree of fraud. A bribe paid to win a contract will normally be concealed by some fraudulent act (e.g. false documentation) with the aim that the contract appears from the outside to have been won on a genuine arms-length basis.

Fraud (e.g. submission of false claims) does not necessarily involve bribery. However, many acts of fraud may need an act of bribery in order to complete the fraud. For example, a contractor may submit a false claim to a project owner (which is fraud) and may then bribe the project owner’s supervisor to approve the claim (which is bribery). Alternatively, a project owner may wish fraudulently to withhold payment from a contractor, and may bribe a third party certifier to certify falsely that liquidated damages or costs for rectification of defects are payable by the contractor.

Cartels may be prohibited by a specific cartel offence, but may also be prosecutable as fraud (as the customer is being deceived to believe that there is genuine competition between the bidders).

Any act of bribery or fraud by a public official will normally also constitute an abuse of power.

Embezzlement will normally involve an element of fraud, and may be an abuse of power.

Any movement through the banking system of the proceeds of a bribe, extortion, fraudulent act, cartel, abuse of power or embezzlement will normally constitute money laundering (as the proceeds of a crime are being moved).

Although bribery normally receives a higher public profile, the financial wastage in a project due to fraudulent practices is often higher than that attributable to bribery.

Corruption offences may also involve breaches of tax and accounting laws and stock market regulations. For example, a bribe wrongly shown in an organisation’s accounts as an agency commission for legitimate services would constitute a false accounting entry which may be in breach of accounting laws and stock market regulations. Deduction of a bribe against tax may also constitute a breach of tax law. Prosecutors may find it easier to prosecute under accounting or tax laws, rather than bribery laws, as proof may be easier. Thus, a wide range of persons may be caught in both the initial offence (such as bribery or submission of fraudulent claims), which may involve site and commercial staff, and in subsequent offences, which may involve accounting and legal staff.