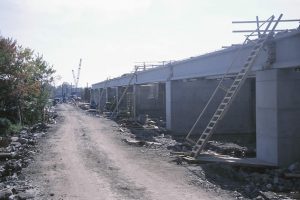 This section examines why involvement in corruption should be avoided by individuals and organisations in the infrastructure sector.

Corruption should be avoided for the following reasons:

The order of priority of the above reasons will depend on the personal values of an individual.

These reasons are examined in further detail below.

There is a real risk of criminal prosecution for individuals and organisations involved in corruption.  The consequences of prosecution are severe, involving imprisonment, fines and debarment.

Until relatively recently, there had been little risk of prosecution for corruption in the infrastructure sector. However, due to a number of factors, individuals and organisations are now facing an increasing and real risk of prosecution. These factors are as follows:

In consequence of the above factors, there are now many cases of individuals and organisations being prosecuted for corruption offences.

The penalties for corruption offences can be severe. In most jurisdictions, such penalties for individuals may include several years’ imprisonment and heavy fines. For organisations, the criminal penalty will normally be a substantial fine and possible debarment from public sector work.  Involvement in corruption now presents a real risk of harsh punishment for both individuals and organisations.

For further information on criminal liability, see Liability for Corruption.

There is a real risk of significant financial loss for individuals and organisations who are involved in corruption.

As it becomes more acknowledged that corruption must be prevented and penalised, so governments, funders, project owners, competitors, and employers have become less tolerant of corruption. There is, therefore, an increasing tendency for these parties to adopt stronger commercial or financial measures against corruption. Such measures can have a significant adverse financial impact on individuals and organisations involved in corruption, and may include the following:

It is becoming increasingly likely for such organisations to take legal action to recover their losses. Such proceedings may be taken against both the corrupt organisation and the individuals involved in the corruption, who may be required to compensate the victim for its losses. These proceedings can also be costly in terms of lawyers’ and consultants’ fees, lost management time, and emotional stress.

For further information on financial loss caused by corruption, see Cost of Corruption.

Corruption can cause death, injury, and financial loss to innocent parties.  It results in fewer or defective schools, hospitals, roads and other public services.  It is therefore morally wrong.

Corruption in relation to public sector projects usually involves bribery and/or fraud being perpetrated against a government body. It is, therefore, the public that ultimately pays for this corruption (through additional taxes or lost services). This corrupt activity can occur in a number of ways:

In simple terms, corruption in the public sector causes death and injury, and is stealing from the taxpayer. Money is stolen which could be spent on hospitals, schools, roads, and other vitally important infrastructure. This loss will be felt most severely in poorer countries. It will nevertheless also be felt in developed countries where large sums may also be lost to corruption. For further information on damage to the public sector caused by corruption, see Cost of Corruption.

Corruption in relation to private sector projects takes a similar form to corruption in the public sector, but the cost of corruption is not directly borne by public funds. It nevertheless can have widespread and serious consequences. Corruption may have an adverse effect on the quality of the private sector works. It may result in an increase in the financing, capital, operating and maintenance costs of projects. This in turn may result in increased property or utility prices, or increased charges that are required for use of certain facilities such as toll roads or bridges. It may also result in dangerously defective works. All these factors will affect the public. In the longer term, the effects may include less investment (due to the growing concern to ensure ethical investment), and withdrawal of ethical contractors from the market.

It is unlikely that there will be significant corruption in the private sector without such corruption impacting on, or spreading to, the public sector, and vice versa.