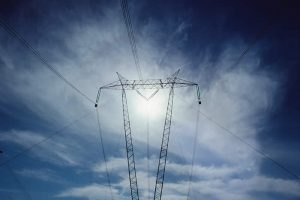 Dealing with Corruption: Actions by Individuals

This web-page suggests actions which an individual could take if she/he personally encounters corruption in her/his employment, or in a project in which she/he is involved, or generally (for example, in obtaining a work permit).   It can also be used by an organisation as part of its anti-corruption training for its employees.

The risks of being involved in corruption far outweigh the potential personal benefits that may flow from such corruption. If convicted of corruption, an individual may face a lengthy prison term and claims for compensation, and may find it difficult to obtain employment of any merit. In addition, the organisation by which the individual is or was employed may suffer fines, criminal conviction, debarment, financial loss and reputational damage. Consequently, individuals should avoid involvement in any corrupt situation, and if they have unintentionally become involved in a corrupt situation, they should withdraw from it as soon as they become aware that it is corrupt.

This section should be read in conjunction with Dealing with Corruption: Actions by Organisations which provides advice on what steps an organisation should take when confronted with corruption.

This section does not deal with corruption prevention measures (for which see Anti-Corruption Programmes in index on left of page). It looks only at suggested actions for an individual when actually confronted with corruption.

Prior to commencing work in a particular jurisdiction and in order to ensure that they are suitably equipped to deal with corrupt situations, individuals should ensure that they have been informed and trained by their employer.

The text boxes below consider nine situations in which individuals may be confronted with corruption. Suggestions are provided in relation to the individual’s legal position, direct action that may be taken, recording the event, and reporting the event. These suggested actions should be considered in the context of the following advice: