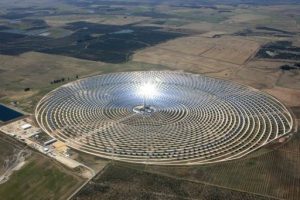 Overview of the Benchmarks

The Commonwealth Anti-Corruption Benchmarks were published in April 2021.  They were produced by the Commonwealth Secretariat in collaboration with GIACC and the Royal Institution of Chartered Surveyors (RICS).  They were developed in consultation with representatives of the African Union, the International Monetary Fund, the United Nations Office on Drugs and Crime, and Commonwealth law ministries, anti-corruption agencies, and partner organisations.  Catherine Stansbury, Co-founder and Director of GIACC, is the principal author of the Benchmarks.

They address corruption across key areas of the public and private sectors which are either important for combatting corruption or which are vulnerable to significant corruption.  In relation to each key area, the Benchmarks promote the concepts of honesty, impartiality, accountability, and transparency and provide for specific anti-corruption measures.

The Benchmark measures are designed to be achievable, practical, and auditable.   They provide a holistic and interlocking system that aims to reduce and deal with the risk of corruption in the public and private sectors.

There are the following twenty-five Benchmarks, each of which comprises a Principle supported by a corresponding Benchmark.  Each Benchmark has supporting Guidance.

How can a government or public sector body benefit from the Benchmarks?

A Government can assess whether its current laws, regulations, policies and procedures are consistent with the measures recommended in the Benchmarks.  If they are not, the Government can consider upgrading them so that they meet or exceed the Benchmark standard.

Similarly, a public sector body can review the sections of the Benchmarks which are relevant to its activities, and can measure and upgrade its policies and procedures accordingly.

The contents of the Benchmarks have been written in a clear and measurable manner so as to facilitate such review and implementation.

How can a government or public sector body implement a review of it laws, regulations, policies and procedures against the Benchmarks?

Can the public and NGOs measure laws and regulations, and public sector policies and procedures, against the Benchmarks, and call for improvements?

The Benchmarks have been written with sufficient clarity, detail and supporting guidance that members of the public and NGOs can measure existing laws and regulations, and public sector policies and procedures, against the Benchmarks, and can call for consequent improvements. They thus facilitate the process of holding the government and the public sector to account against international good practice.

Are the Benchmarks also relevant to the private sector?

Some of the benchmarks apply equally to the public and private sectors (e.g. standards and certification, professional institutions and business associations).

Annex A to the Guidance provides a simple and clear anti-corruption programme which is recommended as a minimum standard for private sector organisations to comply with if they enter into public sector contracts over a reasonable value threshold.

What is the overall scheme of the Benchmarks?

The overall scheme of the Benchmarks is as follows:

What is the structure of the Benchmarks?

What is the source of the Benchmarks?

The Benchmarks are largely based on key published and recognised national and international sources.  These are referenced in the Guidance.

These sources are wide ranging, and include, for example:

Why are the Benchmarks necessary?

Corruption undermines the proper functioning of society.  It corrupts government, parliament, the judiciary, law enforcement, public sector functions, private sector commerce, and dealings between private individuals.  It results in poor public services and in over-priced and dangerous infrastructure.  It damages organisations, resulting in reduced project opportunities and financial loss.  It harms individuals, resulting in poor education and health, poverty, hunger, and loss of life.  It prevents the proper rule of law so that the innocent and vulnerable bear the consequences while the guilty escape sanction.

While there has been significant national and international action taken over the last 25 years to help prevent and address corruption, existing anti-corruption mechanisms still do not consistently and effectively discourage, prevent, detect, or prosecute corruption.  In all countries, to a greater or lesser degree, corruption continues to erode all areas of society.

There is therefore a continuing and urgent need for determined and unified action to be taken by governments, organisations and individuals to help prevent corruption.  The Commonwealth Anti-Corruption Benchmarks seek to build on and advance the invaluable work that has been done to date to combat corruption.

Who are the publishing organisations of the Benchmarks?

The Benchmarks were produced by the Commonwealth Secretariat in collaboration with GIACC and RICS.

The Global Infrastructure Anti-Corruption Centre (GIACC) is an independent not-for-profit organisation which provides resources to assist in the understanding, identification and prevention of corruption.  GIACC’s objective is to promote the implementation of anti-corruption measures as an integral part of government, corporate and project management.  It also works through a network of international affiliates and alliances, and publishes the GIACC Resource Centre, which provides free on-line information, advice and tools on preventing corruption.

The Royal Institution of Chartered Surveyors (RICS) is the world’s leading professional body for qualification, standards and regulation in land, real estate, infrastructure and construction, promoting and enforcing excellence internationally.  RICS supports international agencies, governments, business and the public in setting and enforcing global standards for those working in the built environment.

Who wrote the Benchmarks?

Is there a charge for using the Benchmarks?

You can download and use the Benchmarks free of charge.

Who do I ask if I have a question in relation to the Benchmarks?

How can I get a copy of the Benchmarks?

You can download a copy at: Commonwealth Anti-Corruption Benchmarks

For a pdf version of the above summary on the Benchmarks, download Frequently Asked Questions