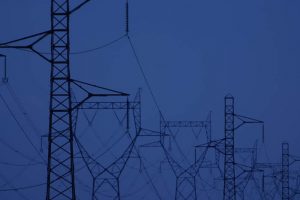 This section examines liability for corruption in the infrastructure sector.

In most jurisdictions, both organisations and individuals can be liable for a criminal offence. The exact extent of criminal liability will depend on the law of a particular country.  However, the principles stated below, or materially similar principles, will apply in a number of jurisdictions.

As explained in What is Corruption, GIACC uses the term “corruption” in the wider sense to include bribery, extortion, fraud, cartels, abuse of power, embezzlement, and money laundering.  Consequently, the discussion of liability in this section applies to all such criminal activity.

An individual may incur criminal liability for corruption as follows:

An individual may incur criminal liability even where:

In many jurisdictions, organisations can be liable for criminal offences. This liability may arise in a number of ways including:

A wide range of persons may be liable for a corruption offence.

For example, a bribe is agreed to be paid by a contractor to a government employee and, in order to conceal the bribe, it is paid by the contractor through a sub-contractor who in turn appoints an individual agent to pay the bribe. In such circumstances, the following persons may incur liability where they are aware of, suspect, or are wilfully blind to the corrupt circumstances:

As a result of the OECD Convention on Combating Bribery which came into force in 1999, all countries which have ratified the Convention have made it a crime for organisations registered in, or trading in, the signatory countries, and individuals who are nationals of the signatory countries, to bribe a foreign public official abroad.  This means that such organisations and individuals may be prosecuted for bribery in their home countries (in addition to prosecution in the country where the bribery took place). (See Conventions).

Civil liability for individuals and organisations

In addition to criminal liability, both individuals and organisations involved in corruption are at risk of being sued and being found liable to compensate those other individuals or organisations who may have suffered loss as a result of such corruption.  This may occur where, for example, an unsuccessful tenderer sues a tenderer who has been corruptly awarded a contract in order to recover the unsuccessful tenderer’s lost tender costs and lost profit.