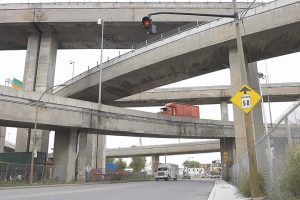 This section examines how corruption can occur on infrastructure projects.

Corruption in these phases can involve any one or more of the government, project owner, funders, contractors, consulting engineers, sub-contractors, suppliers, joint venture partners, agents, and these parties’ associated and subsidiary companies. Each of these parties will be represented by individuals (i.e. their personnel).

Corruption takes place in a wide variety of ways, which are normally concealed. The purpose of such corruption may be for the personal benefit of the individual or for the benefit of her/his organisation.

The following paragraphs summarise some forms of corrupt practice which can take place during the different phases of an infrastructure project, and examine how this corruption can be concealed.

As explained in What is Corruption, GIACC uses the term “corruption” in the wider sense to include bribery, extortion, fraud, cartels, abuse of power, embezzlement, and money laundering. Consequently, the discussion in this section applies to all such criminal activity.

The parties involved in project identification may include the relevant government official responsible for approving the project, and potential project owners, funders and contractors who may also play a part in the construction and operation processes.  Corruption can occur where one or more of these parties seeks to choose a project primarily for their own illicit profit or benefit.

Corruption may occur, for example, where:

The parties to project financing transactions include the project owner who is seeking funding for the project (who could be public or private sector), prospective funders (e.g. equity investors or banks), and consultants advising those parties in relation to, for example, the viability of the project. Corruption can occur where one or more of these parties corruptly secures and/or manages a financing arrangement for the project, by way of bribery or fraud or both.

The following are examples of corrupt practices during the provision and management of financing for a project:

Corrupt practices during the planning and design phases

The parties involved in the planning and design phases include the project owner, government departments responsible for issuing planning permission and other approvals, the architect or engineer, and design consultants.

The following are examples of corrupt practices during the planning and design phase of a project:

Corrupt practices during the pre-qualification and tendering phases

The following are examples of the circumstances in which bribes could be paid during the pre-qualification and tendering phases of a project:

The examples of bribery given above will normally be accompanied by acts of fraud. The following are examples of fraudulent practices (without bribery) during the pre-qualification and tendering phase.

Beneath the contracts at project owner level, there will be sub-contracts and sub-sub-contracts. Corruption can occur in the pre-qualification and tender phases at each of these levels in similar ways to those listed above.

The parties involved in project execution include the project owner, the architect, consulting engineers, contractors, suppliers, and their respective sub-contractors.

The following are examples of the circumstances in which bribes could be paid during the project execution phase:

The examples of bribery given above may be accompanied by acts of fraud. The following are examples of fraudulent practices (without bribery) during the project execution phase:

Corrupt practices during the operation and maintenance phase

The following are examples of corrupt practices during the operation and maintenance phase:

Corruption is normally concealed. For those parties involved, there are two reasons for concealing their corrupt activity. The first reason is to try to avoid detection and prosecution. The second is to ensure that the corrupt activity achieves the intended benefit. For example:

The following are some of the ways in which corruption is concealed:

These cases are examined below.

The payment of a bribe may be made direct by the payer to the ultimate recipient who is to carry out the dishonest act. However, it is common for a bribe to be paid through intermediaries. This is done so as to make it more difficult to detect that a bribe has been paid. The following are some common methods of concealing a bribe by the use of intermediaries:

In each of the above cases, the bribe may have been deliberately paid with full knowledge of all relevant parties. Alternatively, a bribe may be paid in situations where a related party is unaware of the bribe. For example:

In situations such as the above, a party may be genuinely unaware that these practices are occurring. However, in many cases, the party may have been wilfully blind to the circumstances. In other words, it may have suspected that there was a likelihood of corruption but refrained from making enquiries or taking preventive action. Such wilful blindness would be treated as culpable in most jurisdictions.

Use of false documentation

Bribery or fraud will normally be implemented or concealed by the use of false documentation. For example:

Bribery or fraud will normally require the making of false claims or statements. For example:

Defective works may be physically concealed by other works. For example, a foundation contractor may, for corrupt reasons, supply inadequate quantities of steel reinforcement for the foundations, and then pay a bribe to the building inspector to certify the steel as correctly laid. The inadequate steel reinforcement will then be concealed by concrete.