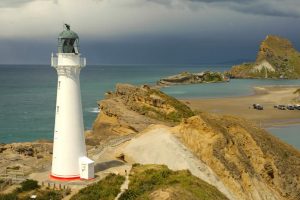 The British Standards Institution (BSI) is the UK’s national standards body.  It is also the UK representative at the International Organisation for Standardization (ISO).

BSI has published over 30,000 current standards.  Some of the top global standards, including ISO 9001 and ISO 14001, began as BSI Standards.

In 2011, BSI Standards published BS 10500 Anti-bribery Management System, which was developed by a working group of 30 experts from the public and private sector and representing several different industry sectors.

In 2016, the International Organisation for Standardization (ISO) published an international anti-bribery management systems standard,  ISO 37001, which has superseded BS 10500.  ISO 37001 was developed by an ISO Project Committee led by BSI, which comprised 59 countries.  The purpose, scope and content of ISO 37001 are materially similar to those of BS 10500.  See GIACC summary on ISO 37001.

BS 10500 was intended to help an organisation to implement an effective anti-bribery management system.  It could be used both in the UK and internationally. The requirements of UK law and internationally recognised good practice were taken into account.  It was applicable to small, medium and large organisations in the public, private and voluntary sectors.  BS 10500 specified the implementation by the organisation of policies, procedures and controls which were reasonable and proportionate to the bribery risks faced by the organisation.

Compliance with BS10500 could not provide assurance that no bribery had occurred in relation to an organisation.  However, the standard could help establish that the organisation had implemented reasonable and proportionate measures designed to prevent bribery.

BS 10500 is likely to have been useful to organisations in the following way.

BS 10500 was applicable only to bribery.  It was not applicable to other criminal offences such as fraud, anti-trust/competition offences, and money laundering, although the organisation may have chosen to extend the scope of its anti-bribery management system to include these other offences.

In order to have complied with BS 10500, an organisation must have implemented specified minimum requirements in a manner which was reasonable and proportionate to the bribery risks faced by the organisation.  These requirements included the following:

BS 10500 had an Annex which contained guidance to help an organisation implement the anti-bribery management system.

An organisation could get its compliance with BS 10500 independently certified.