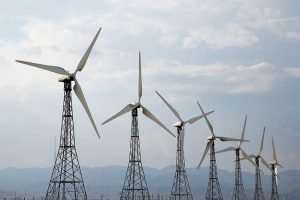 This section provides guidance in relation to the controls which an organisation should implement with a view to ensuring as far as reasonable that the organisation’s personnel will comply with the anti-corruption policy and programme (Measure 7 of the Anti-Corruption Programme for Organisations).

Organisations are at risk of incurring criminal and/or civil liability for corruption through the actions of their personnel (the organisation’s directors, officers, employees, staff or workers (whether full time or part time, permanent or temporary)). Similarly, personnel may, in the course of their employment, be required or encouraged by their employers to engage in corrupt transactions in order to win business or secure greater profit, or may be placed in circumstances where they are confronted with corruption. Involvement in corruption may involve criminal and civil liability for both the organisation and personnel. It may also result in irreparable damage to the reputation and respective business and employment prospects of the organisation or personnel. It is, therefore, important for the organisation to ensure as far as reasonable that the organisation’s personnel will comply with the anti-corruption policy and programme. However, it is also important from the perspective of personnel that they work for organisations which are ethical, and which do not pressurise the personnel to act corruptly, and which protect personnel who take steps to avoid corruption or report corruption.

The following recommendations relate to any personnel who may, in the course of their employment, be exposed or vulnerable to corruption.

Potential personnel who could pose a more than low corruption risk to the organisation should be vetted before they are employed to ascertain as far as is reasonable that their employment is appropriate and that they are the type of person who is likely to comply with the organisation’s anti-corruption policy and programme.  The organisation’s personnel who have responsibility for decision making in relation to business associates are particularly vulnerable to corruption, e.g. personnel who work in relation to any of the following:  tendering for work or services; awarding contracts to sub-contractors and suppliers; project management; approval of works, materials and services; and the certification and payment of contractors, consultants, sub-contractors and suppliers.

This vetting could include actions such as:

The employment contract, or document containing the conditions of appointment of personnel, should contain the following provisions (or provisions of equivalent effect):

Upon complete of the induction, the manager needs to be satisfied that the personnel understand and accept the importance of compliance.

The personnel should sign a declaration that the personnel have received a copy of the policy, have read it and understand it, and will comply with it (see sample Compliance Declaration and Measure 4 (Communication) of the Anti-Corruption Programme.

Some conflicts of interest are too remote to have any actual impact.  For example, personnel may, through a pension fund, hold a relatively small number of shares in a publicly listed company with which the organisation does business.  This type of remote minority ownership is very unlikely in practice to lead to the personnel making any inappropriate arrangement with that other organisation so would normally be exempt from the organisation’s conflict policies.

The organisation should have disciplinary procedures which entitle it to take appropriate disciplinary action against personnel who commit a corrupt act, or who breach the organisation’s anti-corruption policy or programme.  The disciplinary procedures should provide for an investigation by the organisation which investigates, as far as reasonable, all the circumstances of the case, and which gives the personnel an adequate and fair opportunity to explain the personnel’s position.  Any penalty applied to personnel under the procedures should be reasonable and proportionate to the relevant act.  A minor breach of a procedure may lead to a warning and some additional training.  A major breach may lead to dismissal.  See conditions of appointment above.

Personnel must not be penalised (e.g. by demotion, disciplinary action, transfer or dismissal) for refusing to participate in, or for turning down, a business opportunity in respect of which they have reasonably and in good faith judged there to be an unacceptable risk of corruption.   Nor should any personnel be penalised for reporting in good faith any actual or suspected corruption.

Performance bonuses, performance targets and other incentivising elements of remuneration should be reviewed regularly by an appropriate manager to ensure that there are reasonable safeguards to prevent these from encouraging corruption.

Some types of performance bonuses or targets can encourage corruption. For example, a bonus related to the winning of a contract or to the number or value of contracts placed may encourage personnel to pay bribes to win contracts or to turn a blind eye to corruption in relation to the contracts placed.  Equally, a bonus, incentive or target related to cash-flow may encourage personnel to invoice for work not done, or not to approve payments due to suppliers.  Consequently, if an employer wishes to provide bonuses, incentives or targets which relate to performance: