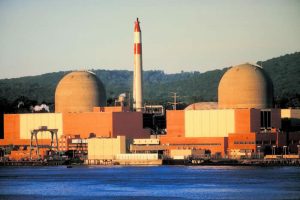 Governments have a central and critical role to play in the prevention of corruption.  In particular, as far as is relevant to the infrastructure sector, they are responsible for:

In this section, GIACC provides outline recommended actions for governments to help them reduce the level of corruption.  Links are provided from some actions to other GIACC web-pages which provide more detailed recommendations.

Criminal law:  There should be effective criminal law in relation to corruption. This law should have the following features:

Civil law:  There should be effective civil law in relation to corruption.  This law should have equivalent features to those referred to above in relation to criminal law. In particular, it should be clear, comprehensive, fair, relatively easy to use, and result in proportionate remedy. It should enable a plaintiff to receive, from the responsible party, financial compensation or other remedy for loss or damage, whether financial or otherwise, suffered as a result of corruption.

There should be effective investigating, prosecuting and judicial authorities which should have the following features:

Criminal investigations and prosecutions and civil actions should have the following features:

There should be an effective debarment policy, under which an organisation which has been proven to have been responsible for a corrupt act is prevented from participating in public sector projects for a specified period of time.  “Debarment” is sometimes referred to as “exclusion” or “blacklisting”.

There should be effective procedures to enable the recovery and repatriation of assets gained or stolen through corrupt activities. In particular:

There should be effective procedures which reduce the risk of corruption in relation to the issuing of government approvals and permits (e.g. planning, fire, safety, building regulations, work permits, visas, customs clearance).

The aim of effective procurement regulations should be to ensure as far as possible that:

The aim of effective project management regulations should be to ensure as far as possible that:

Contractors, consultants, suppliers and other organisations which bid for public sector contracts over a reasonable minimum value threshold should only be permitted to bid if they can provide sufficient proof that they have implemented an organisational anti-corruption programme designed to prevent, detect and address corruption in relation to the organisation’s activities. (See Anti-Corruption Programme for Organisations which provides requirements, supporting guidance and templates for such a programme).

(8) Freedom of speech and of the press

There should be freedom of speech.

The press, internet and other methods of disseminating information by and to the public must be able to operate freely without government interference.

Governments should routinely publish on a publicly accessible web-site(s) information in relation to public sector projects.  In relation to each specific project, publication should include details of the following:

(10) Enhanced co-operation with other countries

Preventing corruption can be materially assisted by inter-governmental co-operation. Governments should increase their efforts to work with other governments, and with appropriate international institutions, to ensure that all countries properly implement their international obligations under the UN, OECD and other international anti-corruption conventions and agreements.