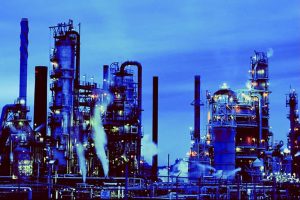 Corruption is concealed.  It can be reduced by greater transparency.

Organisations should endeavour where possible to increase transparency in their operations.

Greater transparency will not only help to reduce corruption.  It will also help improve the image of the organisation.

Reasons given for confidentiality should be examined carefully.  They may not be valid.  For example, claims of necessary commercial confidentiality may be a guise for concealing corrupt dealings.

An organisation should endeavour to ensure that the projects and contracts in which it is involved are transparent as far as is reasonable and possible.  So, for example, a public sector project owner should ensure transparency on its projects, and other participants in the project (such as funders, consultants and contractors) should require or encourage such transparency.  The nature of transparency which should be provided on projects is outlined below.

The public’s right to know

Inadequacy of freedom of information legislation

Transparency should involve disclosure of project information to the public on a prompt and regular basis.

Greater transparency on public sector projects will help materially to reduce corruption.  It will have the following results:

Disclosure by the project owner

Requirements by the funder

The funder should require transparency to be provided in relation to those projects which it is funding and should be willing to provide transparency of all project financing details.

Other project participants, such as contractors and consultants, should co-operate with the project owner in providing information for disclosure, encourage project transparency where the project owner is failing to provide transparency, and require their sub-contractors, agents, subsidiary and related companies to provide transparency.  This will help to reduce the risk of their own involvement in corruption, whether as perpetrators or victims.  It will also help to ensure that the project is carried out properly and at proper cost.

The method of disclosure will depend on the technology available and the degree to which the public has access to that technology.  The preferred method should be disclosure on the project owner’s website.  However, if there is inadequate public access to the web, then the information should be made available at the project owner’s offices, or by whatever means will maximise public availability.  The public should be informed that the information is available.

The information to be disclosed:

The Project Anti-Corruption System (PACS) provides rationale and recommendations as to the specific disclosure to be provided on infrastructure projects (see PACS Standard – PS 2).