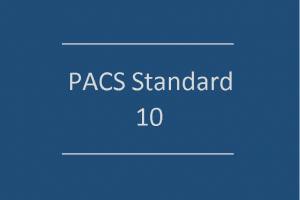 G1:  What types of permit are covered by PACS Standard 10?

The types of permit intended to be covered by PACS Standard 10 include government permits issued by public officials in relation to matters such as (i) planning permission, (ii) compliance with fire, safety, building and environmental regulations, (iii) work permits, (iv) passports and visas, and (v) customs clearance.   These normally tend to be routine permits, where public officials may be issuing numerous permits each day, and where the terms of the permits are likely to be the same or materially similar.

The purpose of PACS Standard 10 is to reduce corruption in relation to the issuing of the types of permit referred to in G1 above.

In order to reduce this risk, PACS Standard 10 provides as follows:

In the event of such notification, the Project Owner is then required to:

The obligation on the Project Owner to report suspected corruption to the law enforcement body will help prevent corruption in the permit issuing process (as the applicants and public officials will be aware of this reporting obligation).  It will also help ensure enforcement action in the event of actual corruption.