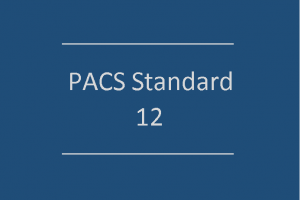 [NOTE:  The webpages on PACS Standards 1 to 15 are being updated until 20th October 2021, during which time the page content may not be complete, and there may be inconsistencies on these pages.]

G1:  How can financial and technical audits assist in preventing and identifying corruption?

Financial and technical audits are good management practice.  They may identify financial irregularities, technical inadequacies, inappropriate design, failure to build in accordance with the specification, over-costing, or poor value for money.  These problems may have been caused by human error, or lack of training and skill.  However, corruption may be the cause of these problems, and so it is essential that financial and technical auditors are aware that this may be the case, and are required to be alert to and report suspicions of corruption.

The fact that the project is being financially and technically audited will act as a significant deterrent against corruption.  In addition, the audits may uncover actual corruption.

G2:  Who should select the independent auditor?

G3:  Who should appoint the independent auditor?

Where a government introduces the requirement for independent auditing across all or a large number of its projects, there could be an independently approved panel of auditors from which an auditor could be allocated to a project on a full time or part time basis according to the size of the project.

G4:  Who should pay the independent auditor?

The independent auditor could be paid by the government, by a National Audit Office, by the project owner, or by the bank funding the project.  However, it is vital that the auditor should be selected, act, and be seen to act, independently, regardless of who pays.

Payment by an independent body is preferable, as there is a danger that, if the auditor is paid by the government or a project participant, that body could try to influence the auditor by withholding or delaying payment.

G5:  Who can be an independent auditor?

It is possible that an organisation may be appointed as independent auditor.  In this case, the organisation should have the highest reputation for integrity, and the personnel employed by the auditing organisation to undertake the auditing activities should possess the above personal skills required of an individual auditor.

G6: How should the independent auditor investigate matters of concern which may suggest corrupt activity, and make appropriate reports where there is evidence of corruption?

In carrying out these duties, there are a number of risks for the independent auditor.  For example, the auditor may:

The auditor should, therefore, have some discretion in the way in which she/he carries out the auditing duties in order to balance and minimise the above risks.  The auditor should investigate any situation which gives cause for concern.  In doing so, it may be advisable initially simply to make further inquiries and gather more information in order to assess whether there is a genuine cause for concern.  This may involve speaking only to the party or parties directly concerned.  In doing so, the auditor should be aware of the need to preserve evidence and protect potential witnesses.

If the auditor believes that there is evidence of corruption, she/he should then report the relevant facts to the appropriate persons.  This should include at minimum the project owner and law enforcement body.  If appropriate, reports could also be made to the party who appointed the auditor, the project funders, and other project participants who may be affected by the corruption.  The importance of reporting fairly widely is to limit the risk of the matter being suppressed, to avoid any perception of collusion by the auditor and a particular party, and also to limit the risk that the auditor could be in personal danger as being the only person who is aware of the potential corruption.  However, the reporting should be done in such a way as to limit the risks of danger to any person, allegations of defamation, and any unwarranted damage to reputation should the concerns prove to be unfounded.

G7:  Why is it necessary to have the agreement of project participants to the activities of the auditor?

If the independent auditor is to be able to carry out her/his duties effectively, she/he will require access to project staff, offices, documentation, records and the works, materials, equipment and services of all relevant project participants (i.e. the project owner, contractors, sub-contractors, consultants, suppliers, funders).  In order to obtain this access, the agreement of the relevant project participants will be required.  This agreement should be given in the form of a contractual obligation in the project contracts in order to ensure that the parties are obliged to provide the required co-operation and access to the auditor.

G8:  Can the independent auditor make decisions affecting the project?

The independent auditor should not have the power to make decisions affecting the project, or to require significant action by any project participant (i.e. to stop work on the project, or change the way in which it works).  The auditor’s remit is primarily one of auditing and reporting.  The auditor should, however, be provided with the necessary power to require co-operation and access by project participants in order to enable the auditor’s duties to be carried out.

G9:  Will the independent auditor be cost effective?

It is not possible to prove that an independent auditor will necessarily be cost effective.  Will the auditor save more money in preventing or identifying financial or technical error or wrong-doing, or corruption, than the cost of the auditing?

Auditing has a significant deterrent effect.  If parties know in advance that the project is going to be financially and technically audited, and that auditors in addition will be observant for corruption, it is far less likely that they will deliberately be involved in financial or technical wrongdoing, or in corruption.  In addition, if the auditor does uncover financial or technical issues, or corruption, there is an opportunity for the project owner to obtain redress from the relevant parties.

It is impossible to know what would have happened on a project if it had not been audited.  However, it is widely regarded as being good practice to undertake financial and technical audits of a project, and it is reasonable to assume that the appointment of a competent auditor with a carefully controlled and reasonable scope of work and fee structure is likely to be a highly cost effective investment.

G10:  How can the integrity and safety of the independent auditor be assured?

It is an obvious risk that if the independent auditor uncovers corruption, she/he could be bribed or threatened by the defaulting party not to reveal the corruption.  This risk can be minimised, but not entirely avoided.

G11:  What is the likelihood of the independent auditor uncovering corrupt activities?

This is unlikely to be appropriate.  The independent monitor should be a professional with detailed knowledge of the type of construction being undertaken (so that she/he can identify possible corruption during the project).  A financial auditor on the other hand is likely to be an accountant who is skilled in financial control.  It is unlikely that a financial auditor would have the necessary skill to be an independent monitor.