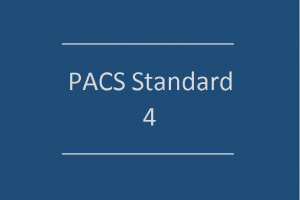 Each Project Contract should contain the following anti-corruption contractual commitments and entitlements in relation to the Project:

The purpose of PACS Standard 4 is to:

Paragraph 3 of PACS Standard 4 states that the Supplier should:

Such appropriate action should be proportionate to the severity of the breach or the corruption.  For example: