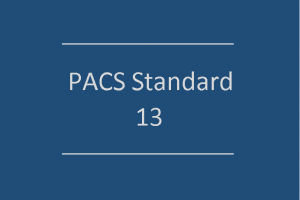 G1:  Why is it important to have a safe and effective reporting and investigation system?

Corruption will only be materially reduced or prevented if individuals are aware that there is a real probability that corrupt activity will be reported and that it will then be properly investigated and prosecuted.  Corruption is normally concealed by the perpetrators and it is therefore difficult for the affected organisation or the law enforcement authorities to uncover and deal with it.  Reports from persons who witness or suspect suspicious conduct are therefore important in the fight against corruption.

In order for reports of corruption to be made, individuals who wish to make a report need to be confident that they will not be subject to discrimination or physical harm, and that their reports will be properly investigated.  Consequently, safe and effective reporting processes must be established.

G2:  The breaches which may be reported under paragraph 1 of PACS Standard 13

Paragraph 1 of PACS Standard 13 provides that the reporting system should enable any person to make a report relating to:

As part of their anti-corruption training (PACS Standard 9), all relevant personnel of all organisations involved in the Project should have received training, as far as is relevant to their roles, in relation to how corruption can occur, anti-corruption laws and regulations, the Project Procedures, the Anti-Corruption Contractual Commitments, and the Project Code of Conduct.

Similarly,  the Project Procedures, Anti-Corruption Contractual Commitments, and Project Code of Conduct should have been published to the public under PACS Standard 15, and the public may also be aware of what constitutes corruption or breach of anti-corruption laws and regulations.

G3:  “Reports should be received … by a person who is sufficiently independent of the persons or activities which are the subject of the report” (paragraph 4 of PACS Standard 13)

In order to reassure persons of the safety and confidentiality of making reports, they should be confident that the person to whom the reports are made is sufficiently independent of the persons or activities which are the subject of the report.  In order to help ensure this independence, a professional external third party organisation may be appointed to receive reports.

For further guidance on features of a reporting system, see Reporting.