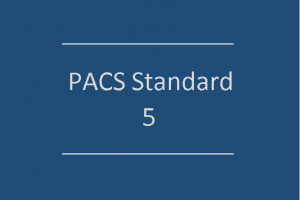 [NOTE:  The webpages on PACS Standards 1 to 15 are being updated between 1st and 30th September 2021, during which time the page content may not be complete, and there may be inconsistencies on these pages.]

G1: What is the risk of corruption in the carrying out of the works and services under Project Contracts?

There is a significant risk of corruption in relation to the carrying out of the works and services under Project Contracts.  For example:

This previous corruption could impact on the carrying out of the works and services.  For example:

Paragraph 2 of PACS Standard 5 recommends the contract management measures which should be put in place in relation to Project Contracts in order to minimise the corruption risks.  These measures include the following:

G3:  Modifications to or under a Project Contract

Modifications to or under an awarded Project Contract are modifications which take place after the contract has been entered into between the Project Owner and the Supplier.  A modification is also often called a ‘variation’.

There are two types of modification:

In order to reduce the risk of corruption, a manager of the Project Owner should not approve both: (i) works, products or services provided by a Supplier, and (ii) payment to that Supplier.  Accordingly, there should be a separation of functions whereby the contract manager approves the works, products or services provided by the Supplier and the finance function approves payment.

However, finance managers who are responsible for approving payments will not normally have the necessary skill or involvement with a contract to be able to assess whether the contract has been properly performed and whether the payment is actually due.  Therefore, there needs to be a process whereby an appropriately skilled manager(s) who has suitable knowledge of the contract and its performance makes a recommendation for the payment prior to payment being made.

The manager who approves work done may also recommend payment.  Alternatively, the two functions may be divided as an additional anti-corruption safeguard.

Controls over the making of payments are dealt with in PACS Standard 6.

G5: Can the contract management process be abused?

A Project Owner may delegate some or all of its contract management functions in relation to Project Contracts to another individual or organisation (e.g. to a consulting engineering firm with contract management expertise).  However, if it does so, it is imperative that it retains responsibility for ensuring that these functions are carried out properly and without corruption.  Paragraph 4 1(2) refers to this individual or organisation as the “Delegated Contract Manager”.  Alternative terms used in contracts may, for example, be “Project Engineer” or “Project Supervisor”.  This individual or organisation may be given specific responsibilities on behalf of the Project Owner to carry out certain functions such as approving work, approving payment, and/or agreeing modifications to the contract works and programme within pre-established parameters.  In this case, it is vital that the Project Owner takes reasonable steps to monitor and verify, on an on-going basis, that the Delegated Contract Manager is undertaking its responsibilities honestly and effectively.  The Project Owner could incur enormous losses if the Delegated Contract Manager corruptly approves payments to the Supplier which are not due, or work which is defective, or claims which are invalid or inflated.