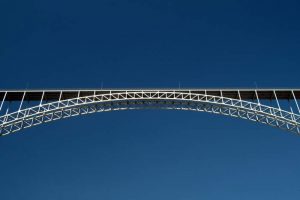 Catherine Stansbury is Co-founder and Director of GIACC.  She is principal author of the Commonwealth Anti-Corruption Benchmarks, and is co-author of the GIACC Resource Centre, Project Anti-Corruption System (PACS), Anti-Corruption Training Manual, and Anti-Corruption Code.  She practised as a lawyer from 1982 to 2002, specialising in construction and commercial litigation.  She was involved in numerous major construction projects in China, Hong Kong, Singapore, Malaysia, Thailand and Sri Lanka (including airport, road, bridge, power station, industrial, commercial and residential projects).  Since 2003, she has been developing and promoting anti-corruption measures for the infrastructure sector.  She has worked on anti-corruption projects with the private and public sectors in several countries.  She was from 2006 to 2008 Project Director – Anti-Corruption Systems for Transparency International (UK).  She received an award as one of the “Top 25 Newsmakers for 2007” from the “Engineering News-Record” for her work in preventing corruption in the international construction industry.

Neill Stansbury is Co-founder and Director of GIACC.  He is a construction lawyer who has worked for over 35 years in the international infrastructure sector.  He was Chairman of the International Organization for Standardization Anti-Bribery Project Committee which published ISO 37001, Chairman of British Standards Institution Anti-Bribery Working Group which published BS 10500, and Vice Chairman of the World Federation of Engineering Organisation’s Anti-Corruption Standing Committee.  He was independent anti-corruption compliance monitor of Balfour Beatty, Parsons Brinckerhoff and Mabey Bridge.  He has given anti-corruption presentations and workshops in over 40 countries.  He is co-author of the GIACC Resource Centre.  On account of his anti-corruption work, he has received the following awards: as one of the “Top 25 Newsmakers for 2007” from the “Engineering News-Record”; as “International Fellow of the Year” from the Zimbabwe Institution of Engineers (2008); a Presidential Invitation to become a Fellow of the UK Institution of Civil Engineers (2010); a Leadership Award from the British Standards Institution (2016); and as a Distinguished Friend of Africa from the Federation of African Engineering Organisations (2021)