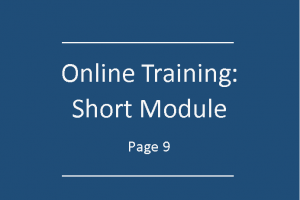 A fraud offence is committed where a person:

A representation is any statement or account made to influence opinion or action.  The representation may be oral or written (e.g. a statement in a contract claim, letter, e-mail, invoice, meeting etc.).  The gain or loss may be financial or non-financial, and may be for the benefit of the person making the representation or for another person.

If you know or suspect that an activity involves fraud, then avoid or withdraw from the activity and do not assist it in any way.