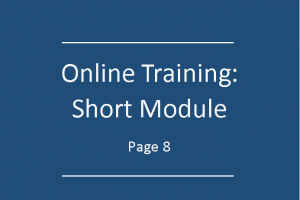 An extortion offence is committed where a person makes threats of adverse consequences unless some demand is met.  This demand is usually for an illicit payment of money.  The “adverse consequences” which are threatened could be personal harm, or financial or reputational damage, and could be aimed at the person to whom the threats are communicated or at a third party.

A policeman who is manning a roadblock is carrying a gun and aggressively demands an illicit cash payment in order to let you through the roadblock.  You pay him, as you are afraid of personal harm. The policeman consequently lets you through.

In many countries, paying an extorted payment to a policeman or government official may be a criminal offence.  However, many countries’ laws do not criminalise such payment if the payer makes the payment only because she/he feared imminent personal injury or death to her/himself or to another person.  So, in the above example of the police roadblock, it is reasonable for you to fear imminent personal injury or death, and therefore to make the payment to avoid such risk.  The policeman would be guilty of extortion, but, in countries where the safety exception is permitted, you are unlikely to be liable for an offence.