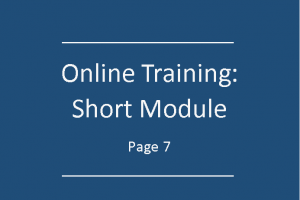 A facilitation payment is an illegal or unofficial payment made to a public official in order to secure or expedite services which the payer is legally entitled to receive without making such payment.  It is normally a relatively minor payment, and the services being paid for are, for example, the issuance of a visa, work permit, customs clearance or work approval, or the installation of an electricity, telephone, or water connection.  The person receiving the facilitation payment receives it improperly in a personal capacity.  If the payment demanded by the official is a published legitimate fee for such service, then it is not a facilitation payment.  In most countries, the demand for, payment of, and receipt of facilitation payments, however small, are treated as criminal offences.

You are applying for an import permit which your organisation is legally entitled to receive.  However, the relevant government official has indicated that he will only issue the permit if you pay him some money.  This additional payment is not an official government fee – it is an unofficial personal payment demanded by the official so that he will perform his duties properly and issue the permit.   You make the payment because the inability to import would cause a far greater financial loss to your organisation than the value of the requested payment.  In this case, you, your organisation, and the official are likely to be liable for a criminal offence.

Always be very cautious when asked by an official to make a payment.  Before paying, take reasonable steps to check that the payment is a legitimate official fee and not an improper personal facilitation payment.  Ask to see proof of the legitimacy of the fee.  If it appears to be legitimate, ask for an official receipt.  If in any doubt, do not make the payment, as you may be committing a criminal offence.

(See next section on “Extortion” for how to react if demands for facilitation payments are accompanied by threats.)